The next day morning Eric hurried up and told me to get ready ASAP. I didn’t know what he was up to, but just followed his ‘orders’. All I knew was we were about to leave at 8. The car sped at 100 kmph, and I had nothing in my stomach except butterflies.

After forty five minutes we reached The Paradise Gardens. Quite weird for the current scenario. He left me wondering all through the time, and took me in. We sat on a beautiful bench and he kept looking into my eyes. Last night was terrible was heck, and now things had become worse.

“Why didn’t you tell all this earlier ?”

“And I was such a rogue to have believed in you !” He screamed with rage and pain, and for the first time, I had seen him shed off tears.

I had been quiet for so long, and I felt I should tell him all.

“Listen, I killed John Peters. Now only you and me know that. Years ago, when the cops had investigated, they were left clueless. It was a perfectly planned murder. And I had a reason to kill him. He threatened that he’d expose me for a petty crime I committed. I had stolen the then newly released albums and sold them because I needed them for my dad’s treatment. Things were hard. And obviously I didn’t want people to know about that. So one night I sneaked into his apartment and stabbed him. I hated him for a long time. I wanted to get rid of that bastard soon. Okay ? And I didn’t wanna tell you because I felt I would lose you too. Okay ?” I ended by throwing my bag on the floor.

He didn’t look at me, he walked to his car. I didn’t follow him, I left for my home. I was fuming, I knew he would be too.

That night I tried to text him, but I realised he had blocked me.

He too was gone.

I looked at the mirror again, and this time, it said Bloody Killer. 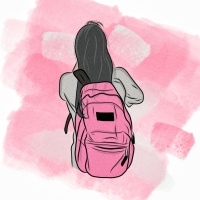 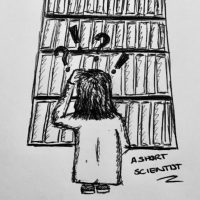 A Dream In The Making

A girl travelling around the world on a motorcycle.

Eating is a Necessity but Cooking is an Art ....